Hello to anyone still out there!

I know I’ve been gone for... eons really, but I’ve been thinking lately that I’d really like to revisit my Sarah/Cameron day’s and see if I can’t finish my poor abandoned “Resistance.”

I’d have to do some editing overall, it’s been so long that I don’t think I could just add on to it, and I’d be moving the whole thing over to AO3 to live with my Supercorp work, but I think it’s doable.

Is there anyone who would still be interested in seeing this story finished?

Just a quick note to say that I, and some of my fellow writers from the Sarah Connor Chronicles VS will be appearing in The Writers Studio this weekend, at the Fan Fiction Lounge. We'll be talking about the VS, how it started, how it worked, etc, and maybe answering a few questions.

I'll also be willing to answer any questions about my other SCC stories, and hopefully get back in the spirit to get some work done on "Resistance"

Hope to see you there!

I'm still working on Resistance, but things have been hectic, so there's been a little guilty pleasure escape into a new fandom. Read this fic "Is This a Raid?"  by entanglednow and was inspired to do up a little sketch, 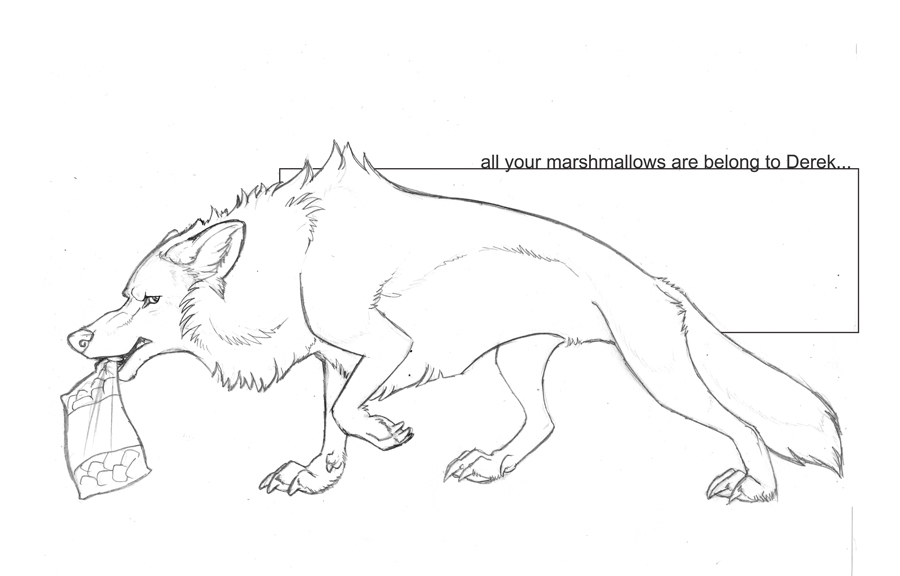 just dropping a quick line to let anyone who's still watching know that I'm alive, and working on the next chapter of "Resistance." I had a good chunk of it done before I realized it wasn't going in the direction I wanted, and started over... so it's slow, but coming. I'm currently bullying my anti-SCC friend into reading the whole story, 'cause she's a damn good writer, just not quite feeling the Sarah/Cameron love. Hoping I can change her mind. ;)

Meanwhile, here's a few pictures of the dolls/pose-able sculptures she and I are making and selling online and at conventions. We marked the one year anniversary of this new direction in our work a couple weeks ago, and we have Fan Expo, another convention, coming up at the end of August.

If ye'd like to see any more examples, you can check out our DA page, wormsandbones.deviantart.com 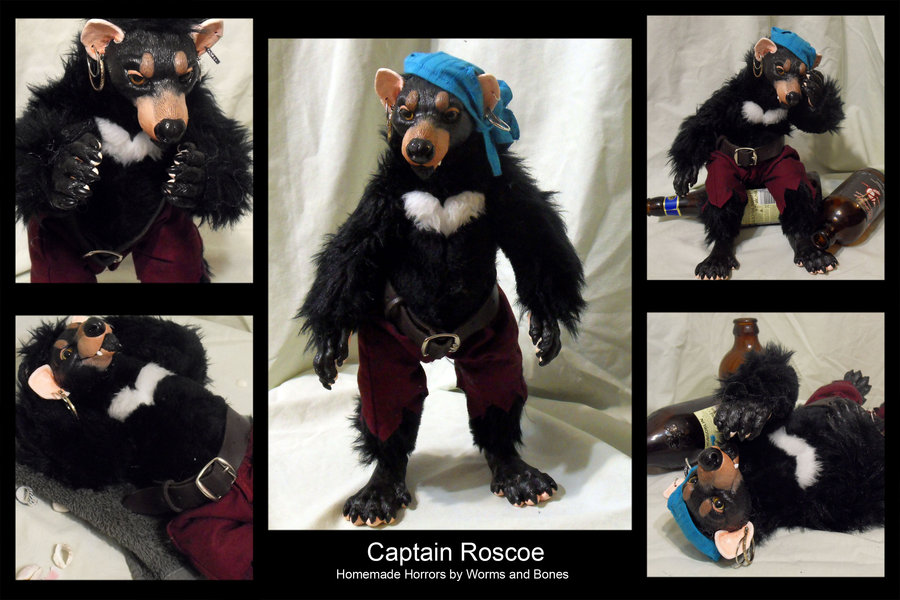 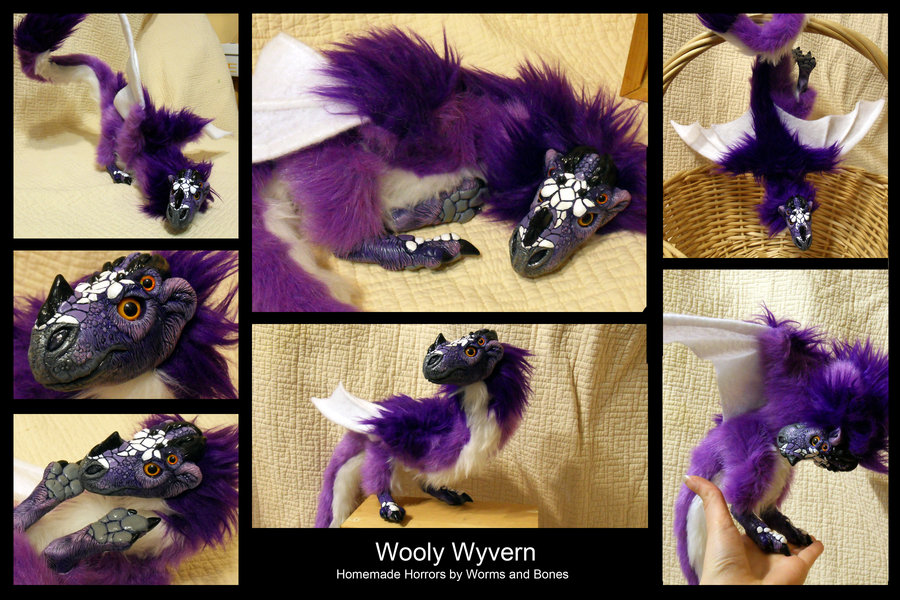 Fandom: Terminator: The Sarah Connor Chronicles
Pairing: Sarah/Cameron
Disclaimer: Terminator: The Sarah Connor Chronicles is not mine...  I'm just playing with it.
Summary: Slightly alternate time-line, Riley lives...Cameron's glitch continues to make itself known, and Sarah...well Sarah gets to learn what it's like to be in John's shoes...in more ways than one.
AN: Another long wait for this chapter. Life has been... interesting. I've been dealing with some pretty major health problems I won't go into, but the short form is; brains need oxygen to function. Not enough oxygen equals unhappy brain, which results in all sorts of problems. Otherwise,many things are looking up, including working on my own business and trucking along in my day job towards summer vacation, and hey, another chapter of this story I started almost three years ago.  Hope y'all like it and I'm hoping (for real this time) to get it updated more regularly.

Tomorrow my summer vacation officially ends. I worked last week as well, but since it was a prep week, sans children, I'm not counting it.

To commemmorate the summer, I thought I'd post some of the artwork I've been doing over the last two months. Primarily the beginnings of the Homemade Horror line of original art dolls I started with my bff, and co-artitst.
Selection of Critters under the cut...

( Collapse )
If you're interested in seeing more of these as they're created, you can find us at  Our Gallery

These are some terribly low quality pictures of the beginnings of a new project my artistic cohort and I are working on. They're called "Homemade Horrors" and they'll be debuting at the Square Foot Show (all artwork must fit within a square foot) in Toronto in August.

For the show, he and his two friends will be in picture-frame cages that hang on the wall, so I'll get to practice my woodworking skills. :) As many of you may already know, almost a year ago I nearly bankrupted myself rescuing a troubled horse from the meat wagon, with the intention of rehabilitating and selling him.

Aughisky came to the barn I ride at a few months before that and started out on the trail riding string, but quickly lost his place after injuring two of the staff members. His explosive reaction to anything that scared him, and lack of trust in humans made him too dangerous for the job.

At that point, it looked like a strong bond with a single rider would give him the security he needed to get over his fears, but none of the riders at the barn were willing to take him on. On the ground, his manners were nervous, but willing, and he was almost desperate for love and attention, but in the saddle he was completely unpredictable. Not wanting to see such a young and sweet horse end up on someone's dinner plate, I bought him, and spent the next eleven months trying to help him. I've been riding since I was 13, but I'd never owned my own horse, and I completely fell in love with Augie's personality and charm. I've never met a horse who likes to be hugged as much as he does, wrap your arms around his head, and he'll stand there for hours.

Unfortunately, while we established trust on the ground, it hasn't carried through in the saddle. There has been progress in his training and ability, but not in his response to stress or fear. In the last month and a half I've had three bad falls, with the bruises from one barely fading before they're covered up by new ones. Last Thursday I had the worst one yet, banging up my arm and my hip, and nearly being dragged through a narrow arena doorway when my boot got caught for a moment in the stirrup.

I've given it a lot of hard thought, considering the advice of professionals in the field who have worked with me and my horse, and the pleas of friends and family who have patched me up after all the falls, and I've decided this is enough. I love this horse, but I can't continue to risk my life to ride him.

I'm not sure exactly where this leaves us right now. I can't afford to keep a horse I can't ride, and I'm afraid to sell him, lest he hurt someone else. I'm looking for a place as a companion horse, where his only job would be to keep someone else's horse company, but these positions are few and far between, and subject to change at the drop of a hat. I could send him to a rescue operation, but they would only rehome him, possibly to someone who wants him because he's pretty and has no idea what they're up against, and I don't want him bounced around from owner to owner, as so many troubled rescue horses are when they don't work out. He already has trust issues, and he's the most emotional horse I've ever worked with. I think too many changes would destroy his already fragile mind.

I fear the most humane thing to do would be to euthanize him, and that completely breaks my heart.

I'm trying to work up the courage to go and visit him at the barn, but I'm afraid I'll start bawling and make an ass of myself in front of the other poor boarders, many of which have taken turns picking me up out of the dust and brushing me off. I'll probably go tomorrow, bring him in and brush him and feed him carrots.

I have a little time to find a good solution for Augie, so here's hoping...

So, I spent the entire weekend on the move, with the centerpiece being a good friend's wedding shower. We had a sleep over the night before with actual hair braiding... then the shower itself, at which I had to play shower games *shudder*, and then the day after we went to see a matinee of "Bridesmaids." I am officially all girl's-weekended out.

I got home around 7pm, scribbled this little guy up quickly for a sketchoholic contest asking for a cute creature with many eyes, and now I feel more like myself.

How was everyone else's weekend ? So... I have a new baby. I needed one, really, because my usual routine of getting an average of five hours of sleep all together at night was me going easy on myself.

I'm not actually as upset as I seem... but really fate? Couldn't someone else  have found the baby bird in the puddle?

Okay, so someone else did, my roommate and BFF actually spotted it, but same apartment equals same problem, and my door is the only one we can shut to keep the cats out. Theirs shuts of course, but the cats are so used to going in and out of there that when it's shut they howl all night, and cheeping is marginally better than howling.

The bathroom was considered, but there's no room in there, and we do shower occasionally which rules out the bathtub. Very tiny apartment, we're hoping to move soon.

So I have a nestling in my bedroom.  A loud nestling, that starts up around 4am when it hears the birds singing outside.

It would help if it was cute, but baby birds are not what anyone would define as cute, and baby grackles even more so. Still.... he's growing on me somehow. It helps that we had a thunderstorm this morning and when I opened the cage to feed him he was so scared of the noise that he climbed into my hand and refused to get off, screaming whenever I tried to put him down. Traitorous maternal instincts later, he slept in my hands for a few hours, waking every twenty minutes or so to have some softened cat kibble shoved down his throat.

We've had him about 72 hours now and he appears to be thriving, which is good, my lack of sleep aside.  Hopefully once he can fly we can take him back to the stable and release him. I'm trying to persuade the BFF to add him to the bird population at Home Depot where she works, but I'm told that would be consorting with the enemy.

Anyhow, here are a few pictures under a cut of the ugly little thing, which has been christened "Jeff Bridges" (long story which involves a housewarming party with some of my crazier friends (believe it or not, I'm not actually the strangest of the lot), youtube, and a Tron trailer modified by someone who enjoys literalizing things.) Enjoy.
( Collapse )
Collapse